This was, for me, a hard Sunday puzzle to get a handle on. The grid was more than half filled in by the time I figured out the "Corporate Ladder" trick with TRUEF/ALSET/ESTS (34A: Exams that students get F's on?) First of all, the apostrophe surprises me in the clue, and second, isn't it more that they put Fs on the test, and don't necessarily get Fs on them? It strikes me as a LOGI/CALFA/LLACY (118A: Part of an unsound argument). And although I thought immediately of Epiphany when confronted with the clue "62A: Annual celebration on January 6," it wasn't until much, much later that I finally realized that what they wanted was THRE/EKIN/GSDAY. Does anyone call it that? Assuming that they are aware of it at all, that is? 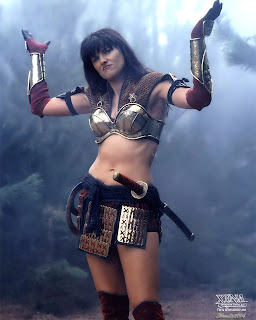 The last square I filled in was the X of SILEX (24A: Ingredient in glassmaking) and SEXOLOGY (9D: Study for a Masters?). Very tough cross, there. On the one hand, who has ever heard of silex, and on the other, who remembers, or even knows about, the research done by Masters and Johnson, which began in the fifties? Sheesh!

Despite all that ranting, I didn't HATE (71A: Give a zero-star review, say) the puzzle. I like that the corporate clues work both backwards and forwards, and there were many entertaining and/or interesting bits in the fill. Put HOLYWATER (35A: Liquid harmful to vampires), HOUSEBOAT (13D: Mobile home), and FAMILIAL (53A: Coming down the line?) in the entertaining group, and HANNIBAL (82D: General defeated by Scipio, ending the second Punic war), IDLEHANDS (97A: The devil's workshop, as the saying goes), and THEARTIST (65A: First silent film to win "Best Picture" since "Wings) into the "interesting" camp. I also enjoyed INSTEP (70A: Arch locale), PENNYANTE (80A: Piddling), INSIDIOUS (75D: Sneaky), INFLUENZA (3D: Something caught in the air), and, of course, BENSON (93D: "Soap" spinoff). It was Frannie who knew that one!

Some tricky stuff, a few groaners (SEALERS, I'm looking at you), but overall, a good, challenging Sunday with a cool theme.