Frannie and I enjoyed the theme today. It's the ol' "last name plus verb to make compound noun" game, and it's done well here. PRICETAGS (33A: Opera singer scrawls graffiti) might have been a little better if it had worked in Vincent Price instead of Leontyne Price, but what are you going to do? The image of either with a spray paint can in their hand is absurd. In fact, maybe Ms. Gelfand is right - Vincent Price might actually have done it, but Leontyne...? well, I doubt it. She also gets points for the image of Francis Bacon slowly undoing that ruff collar and flinging it into the audience. (BACONSTRIPS (53A: Philosopher removes his clothes?)). (A little something for Huygens?) 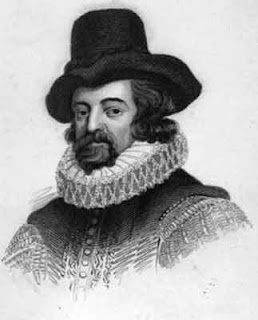 In addition to the fine theme, there are some lovely little triple-seven stacks in the NE and SW. OBELISK (10D: Bunker Hill Monument, for one) (YAY Boston!), MANATEE (11D: Everglades mammal), and ANSWERS (12D: They cross in a crossword) (YAY self-referential clue!) are all quite nice. And ACROBAT (36D: Trapeze artist, e.g.), BRAVADO (37D: Impressive show of courage) and BETACAM (38D: Early Sony recorder) are marred only by the commerciality of that last one.

Additionally, SNIPPETS (20D: Tiny excerpts) is fresh, and STASIS (46D: Equilibrium), ORIENTS, DIPLOMA, and ABALONE (2D: Ornamental shell source) are all solid. And it's nice to see GAZELLE (25D: Graceful antelope) running right down the middle of the grid, because that was Frannie's bike of choice while she was "Springing" in the Netherlands this year. It's hard to find a Gazelle dealer in the U.S. If you've got a lead on one, please let us know!

p.s. Handing off to Colum tomorrow. See you in August!
Posted by Horace Fawley at 9:34 PM