I started off with a vague dislike for this puzzle that diminished as I completed more of it. :) When at first I didn't know the long, connected theme answers, I assumed I wouldn't be able to complete the puzzle, but, as I chipped away at it during the middle of the night, as it happens, it all came together. And, I learned some stuff from a mid-week puzzle. What do you know about that, Horace? :) I had no idea JEANPAULSARTRE turned down the Nobel Prize in literature. I didn't think of him right away for 15D. Playwright who refused and 8-/57-Down in 1964 because I think of Sartre as more of an author than specifically a playwright, but who am I to argue with the Swedish Academy? The other refuseniks in the puzzle were also news to me, not the people themselves, naturally, but the fact that they turned down their attempted respective honors. I found it a little strange that there was another two-part answer in the puzzle, unconnected with the theme. Plus, MEL OTT was no GIMME, at least not for me. 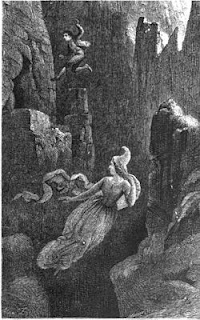 I absolutely do not want to pick NITS, ever, but the answer TECH for 65A. Programming pro, e.g. didn't feel spot on. I think of a tech guy as more of a hardware specialist than a programmer. I wasn't too keen on TAUTENS for 75A. Takes up the slack? Maybe the puzzle creators weren't either, thus the question mark. And can you really go with an abbreviation for Home of the elves known as huldufólk (44A. ICEL) when there's a good chance no one has ever heard of these secretive people? I always hate to see the answer SAC in a puzzle, no matter what the clue, in this case 45A. Yolk container. UNSOWN for 39A, Like virgin soil seems a bit of a stretch. Can you imagine a farmer saying, "Hey Bob, what's that unsown patch over there?" And Bob says, "It's virgin soil, Carl." Maybe you hear that more around the community gardens in NYC.

Overall, although I SEESAWed a little on this one, I ended up in the TREAT camp.