An interesting theme today of a condiment stacked on a foodstuff. HOTFUDGE covers ICECREAM (19A: Soda shop offering), CHEESE is on the BURGER (18A: Fast-food offering), and so on. Very nice, really, to have a different kind of theme. I don't say it's never been done before, but I've been doing the dailies for a few years now, and I don't remember seeing it before. So that's good.

On the less good side, we have things like AGITA (51D: Unease), MRES (58D: Dinners for G.I.s), and GENET (22D: French playwright Jean) (who?), but really, the compromises are limited, and there's a lot more good, long fill in the Downs than there is objectionable stuff. 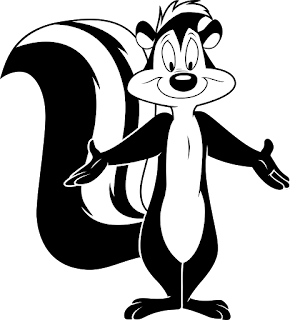 Any mention of DEFCON (4D: Multilevel military readiness system) makes me smile - though it probably shouldn't - and I also liked SHUTOUT, WATERGUN, and the full CANOLAOIL (32D: Cooking medium). I've always heard that "canola" was just a word made up so that Americans didn't have to say "rapeseed" when talking about this particular kind of oil, but now, from the great Wikipedia, I learn that it actually is a slightly modified version of rapeseed that was made in Canada in the 1970s, thus the prefix "can." And here I was just saying that I liked to learn things from the late-week puzzles... turns out I can learn something from just about any puzzle!

So where was I? Oh, right, I see REGALER, which I forgot to mention above in the "minus" section, but then I also see MEMES, which I like, and PERSE (12D: Intrinsically: Lat.), which, sadly, for one who has recently read Vergil, Lucretius, and Horace in the original, took me forever to come up with. I also kind of like the ONKP, CBSTV, and NOMSG.