Boy, last night this seemed intractable, but this morning Frannie said at breakfast that she was pretty sure "1A: Prison design that allows surveillance of any inmate at any time" was, in fact, what her first guess had been - PANOPTICON. (That's a definite A.) This forced me to remove two erroneous answers that I had entered. It also gave me, from the N (and the U of STUB), NOMOREMRNICEGUY (3D: "The gloves are off"), and from that point on, filling in what was probably more than half the grid, took only five minutes or so. It's amazing how detrimental a few bad answers can be!

As with yesterday's puzzle, I forgive such things as CAMS (31A: Reality show gear, informally), which I have never heard, and the French version of El Cid, LECID (48A: Massenet opera set in 11th-century Spain). I forgive the latter partly because they made the clue so direct ("Massenet" = French language answer, and "11th-c. Spain" = El Cid). I was all set to be mad about the clue for OHARE (4D: L's end?), but I checked the Chicago Transit Authority page and the official name really is "L," not "El." So ok, then.

The puzzle was made more difficult by the inclusion of several not-well-known proper names today: ROREM (36A: "Bertha" composer); KIROV (38A: Company for which Rudolf Nureyev once danced); CASS (49A: ____ Gilbert, designer of the Supreme Court building); DARE (23A: Virginia ____, first English child born in America (1587) (Wow! Tough!); INGA (55A: Actress Swenson); and HAYS (62A: Fort ____, Kan.). One name that was not so hard was SETHMEYERS (63A: TV host who succeeded Jimmy Fallon on "Late Night"). What is it that Stefan said about him? That he was "Engineered by gay scientists?" 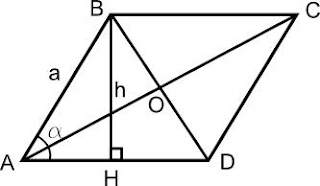 The NW and SE corners are wonderfully open, and even the smaller SW and NE still have, essentially, seven-stacks. The extra tens in the middle - NOLOVELOST (33A: Mutual dislike) and WONDERBRAS (39A: Products once advertised with the slogan "Hello boys") - are both lively. Overall, it was a very good challenge, and an enjoyable solve.