A pretty Saturday-ish Saturday. I started it late Friday night after getting back from a poker game (didn't see a single ACETEN all night!), and got off to a pretty slow start, but once everything started going it filled in pretty steadily. There's the mini-theme crossing of PINOCCHIO (33A: His first major screen appearance was in 1940) and JIMINYCRICKET (15D: Partner of 33-Across), but other than that, it's mostly medium-length fill, much of it quite good.

One of the first things Frannie and I got was BLUELINE (54A: Part of Boston's subway system that runs under Boston Harbor), and it was nice to see the T getting a little play in the puzzle. Frannie was also instrumental in getting MOREY (21A: Amsterdam of "The Dick Van Dyke Show"), HENNER (8D: Actress Marilu), and MARYS (30A: St. ____ parish (Crosby/Bergman movie setting). We've each got our strengths, and old movies and TV shows is definitely hers. And speaking of old movies, it's always amusing to think of Cleese's performance as LANCELOT. Richard Gere's, on the other hand, we are not familiar with. 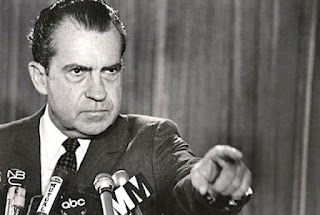 Good cluing throughout today, with nice little touches like the sequential "Zip"s (PEP & SPICE), the two "clear" clues along the bottom "59A: What all the answers to should be clear?" (EYETEST) (ok, the clue there is slightly tortured) & "60A: Make clear, say" (STRESS), and cutesy question-mark clues like 7A: Was consistently in the hole? (SHOTPAR) and 51D: Result of a split decision? (SECT).

1A: Company whose name, paradoxically means "shelter with no wall" (RAMADA). B. Interesting clue saves a corporate name entry from the derision it would normally receive. ("Rāmus" is "branch" in Latin, and RAMADA sort of means "branchify." It's basically a roof made of woven branches that you can sit under. At least that's what I think it is after a very brief Web investigation.) I actually prefer 1D: Position papers? (RESUMES), but we're not doing a systematic ranking of 1D, are we.

Favorite clue/answer - 13D: Put on something old? (REENACT). Even with the question mark. 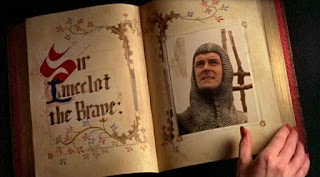