One is always on one's guard on a Thursday, but today everything seemed to be going along pretty well until I got to "35D: Flynn of film," and there were only three letters. Something, was definitely up, but what? Well, it didn't take long to realize that the classic crosswordese [ER]NES (29A: White-tailed eagles) could be made with that same "ER" that was missing from Mr. Flynn's name. And DIN[ER] was much better than "DIN" as an answer to (28A: Greasy spoon). Soon I got STUMBLINGBLOCKS (36A: Obstacles seen four times in this puzzle's completed grid?) and it all made perfect sense. Er, er, er, er – what I mean is, I got the trick, and I like it! 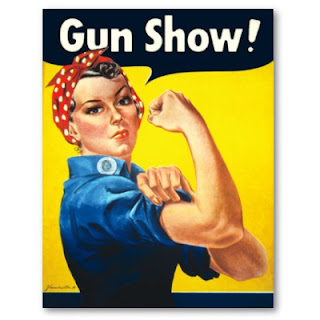 Some may find it unfortunate that SHO[ER] (4D: Worker at a stable) is a part of the theme, and NETH[ER] is somewhat oddly clued with "19A: Infernal." The two words evoke one another, I guess, but I'm not sure I'd call them synonyms. I kind of like [ER]IEPA (59A: City ENE of Cleveland, OH), however, both because I originally just entered "Erie" there, and because the resulting "IEPA" is crazy looking. GLASSSLIPP[ER] (56A: Something lost and returned in a fairy tale), too, looks great with its three Ss and two Ps.

The fill was pretty clean all around. It had its share of ugly-ish small stuff, like SMU, TET, SLS, ESS, ISM, RCA, UNA... and who the heck is CIARA? Speaking of singers, though, it must have been at least a consideration to clue both 13A and 14A with the same "Blues chanteuse," but maybe that would have been too tough, I don't know. Sometimes I think that with a rebus, the clues are lightened up a bit to give people more of a fighting chance.

Overall, I had a good feeling about this. Maybe it's just because it's Thursday and I got a rebus, or maybe it was the spirit of the cluing. Things like "49D: Order out?" (DEPORT), 7D: Was an errant driver? (SLICED), and even "38D: Like the core of the sun" (ULTRAHOT). It's a somewhat arbitrary phrase, but I didn't mind it. It's funny because it's true!

1A: Young wolves (PUPS) - C. Utterly normal.
Favorite clue/answer 32A: Succession within an ethnic group? (AEIOU). Excellent, and in order!