A very nice Roman-numeral trick today. I can only imagine that in the paper there was no shading, which would have made it much more difficult, I think. As it was, I was duped into thinking it was a "number rebus" when RUNNING[one]MPTY worked just fine. And then DA[ten]IGHT worked, too, and I thought I was home free. Then, of course, came FLAGSO__FATHERS (38A: Patriotic Clint Eastwood movie) and everything went to hell. Adding to the problem was the fact that I hadn't figured out REMIX (7D: D.J.'s play) or TOX (22D: Food safety subj.) by this time, so the rebuses were not obviously wrong. 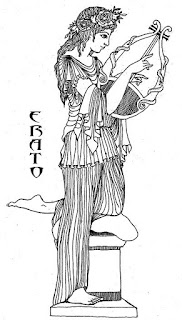 Eventually, things became clear. RUNNINGIMPTY, DAXIGHT, FLAGSIVFATHERS, and my favorite, CAIIMAN (45A: DC Comics character with a whip) - these are excellent-looking theme answers. CBVIIINGNEWS (52A: Rather informative program, once?) took the longest to get, because I wasn't sure if it would be XII, LII, or something else. It's only just now that I notice it also has a nice hidden capital. Overall, I loved this theme. The fact that the number rebus works for the first two adds a nice layer of complexity. I also like that the numbers are random, and that they are not symmetrical. They do, however, all fall between two words (or in the middle of a compound word) which is elegant.

So the theme gets an A. The fill? Well, that's pretty good, too. PLIE (50A: Move often preceding a pirouette) puts me in mind of the Nutcracker, which we are going to see one of Colum's daughters in this weekend. (His other daughter, when she was very young, sang "Part of Your World" to Frannie and me, and I thought of her when I filled in ARIEL at 17A with no crosses.) PELICANS (5D: Expert divers) is unusual, and unexpected off the clue. EDAM (56D: Town whose exports are waxed) brought us back to Frannie's sabbatical in the Netherlands this past spring. Everyone loves an ORGY (6A: Occasion of overindulgence), and the gratuitous Z's in the NE might indicate what happens soon after the 6A.

EMIL (18A: Jannings who won the first-ever Oscar) was tough, but it's also great trivia, so it's ok with me. ODETS (24A: Group Theater playwright of the 1930s), on the other hand, is completely foreign, but if that's all I've got to complain about, I've got no complaints.

All in all, a solid Thursday. Now it's time for a "48D: Certain spirit." (It is Drinkcember, after all!)