What a nice Christmas present from Ms. Guizzo and Mr. Chen. The longer fill in this is outstanding! SEAMONSTER (17A: Scylla, e.g.) (which I put in off the clue, thank you very much!), HALFCOCKED (27A: Impetuous) (which I did not), OPERACAPE, TELENOVELA (54A: Latin American soap), and CHORTLED (34D: Laughed gleefully) are just some of the excellent entries. At one point I had "N_LO_..." for "11D: Deceptive court move," and I tried to fit in "nolo contendere." Ha! See, one could think of that as a tricky move in a courtroom... but no, it's NOLOOKPASS.

And on top of all that we have the fine mini theme of STNICHOLAS (6D: "A right jolly old elf") and CANDYCANES (29D: Four things represented visually in this puzzle's grid). Did you notice that "Santa Claus" fits perfectly into that first space? Well, it does, but it doesn't work perfectly with the crosses, I happen to know... :) Along with those two entries we have the candy cane shapes in the black squares, which allows for, or perhaps requires, four unchecked squares, and they spell out XMAS. Beautiful. I guess SLED (59A: Traditional Yule gift) is thematic as well, but it's not paired with anything symmetrically, so maybe it's not "officially" part of the theme. I'm not sure what the rules are. 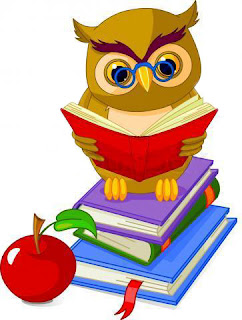 It's a little odd, maybe, to have HALFCOCKED and TOKE (23A: Quick hit) in a Christmassy puzzle, but, well, I don't care. This is just so damned good that I give it a FREERIDE.

1A: Hurdle for a doc (BOARDS). B. Unusual, but not great.
Favorite clue/answer - How to choose? Maybe "38A: Like much court testimony" (REHEARSED). Not terribly clever, perhaps, but there was still an "aha" moment, which I enjoyed.