I'm annoyed that I FWOE'd on this one, but in my defense, AGASP (31D: Audibly floored) is a dumb word. Well... of course I can't really say that. It Googles up well enough, and sure, "aghast" is spelled with an H... and "RtS" doesn't really stand for anything having to do with rotational speed, but still...

OK. Rant over. Let the fawning praise commence: I loved this puzzle. And perhaps more importantly - because it's certainly more unusual - I liked the fill better than the theme! Sure, PASSGO is a nice MONOPOLY theme, patented on this day, and symbolic of turning the corner on another year, as it were, but the resulting theme answers, like GOOGLEDOCS (20A: Enjoy the swimsuit edition of The New England Journal of Medicine?) ... well... ok, "ogle docs" is absurd, and if you've learned anything about me in the last three years, you've learned that I'm a fan of the absurd. I'm also a fan of Google docs. (This is new information to you. Don't feel like you should have known this, too.) So ok. But what about EGOMANIACS (56A: People obsessed with being online?)? "E-maniacs" is much weaker (and less absurd) than both "ogle docs" and "wan master." 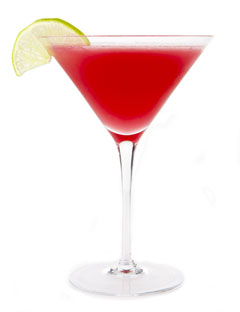 But I don't want to spend too much time on the theme, because the fill is just beautiful. It's a pity it had to start off with a mere abbreviation - SNL (1A: Onetime gig for Wiig, in brief) (C) - and a crosswordesy one at that! But off of that we get 2D: Proscription (NONO), which is nice, and the even better LOCO (3D: Spanish nuts). And what about 14A: Low note? (MOO)? That's good clueing for average fill. And there's also good clueing for good fill, as in 4D:Wallop (SHELLAC), 29D: Bridge sitter? (EYEGLASSES), and 21D: They share the air (COHOSTS).

I wasn't fooled for a second, amazingly, by 55A: Half of us? (ESS), but 19A: Commercial leader? (ADEXEC) was one of the last things I got. I had the C at the end for a while and thought "They couldn't have two of these, could they? But no. They couldn't.

Did not like USH (25D: Escort, slangily), and SVU and IFC are weak, but jeez, what about the clue for tired old NEE (44D: Born on the bayou?)?! That's excellent. It should probably be my favorite, but I'm stuck on 70A: Swiftly built home? (NEST).

What a way to end the year. Here's to more of the same in 2016. May you all be happy and healthy.