This Presidents Day tribute puzzle has a word ladder featuring three one-term presidents and several marquee answers relating to the nation's highest office. POLK, at 1A, a one-termer by choice, annexed Texas and much of the American southwest through war with Mexico, coerced the U.K. into giving up the Oregon Territory, set up an independent treasury system, oversaw the opening of the U.S. Naval Academy, the Smithsonian Institution, the groundbreaking for the Washington Monument, and the issuance of the first U.S. postage stamp. (Yes, I pay my Wikipedia dues every year.) TAFT was the only president who also served as Chief Justice of the Supreme Court, and FORD was the only person to serve as Vice-President and President without being elected to either. So there you have it. And along the way we see the DARK underbelly of PORK and TORT. Hah.

As for those marquee answers, there's OVALOFFICE, LEGISLATOR, POCKETVETO, and QUESTIONER. QUESTIONER? ... Hmmm... I'd like to send that one back to APPEALS.

You know, I don't often think much about the construction of a puzzle, perhaps because I've never successfully constructed one (nor, for that matter, put much effort into doing so), but today I see the awkward PQR (32A: Letters between O and S) and I can't help but wonder if Mr. Kahn's original intent was to include "SPQR" (senatus populusque Romanus), since our government was inspired by those old timers in Rome. 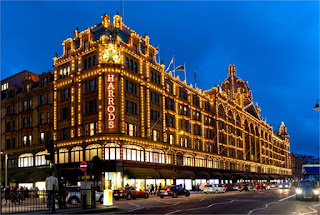 And hey, do you think EVOLVE is also a little bonus fill referring to the word ladder? Probably, especially given the slant of other clues like "38A: President-elect, e.g." (TITLE), "45A: Nominates" (PICKS), and "54D: 'Garfield' dog" (ODIE). :)

When I first read "20A: Doesn't just throw away," I first thought the answer might be something like "incinerates" or "destroys," but no, it's REUSES, which is nicer. Would the clue have been better without the "just?"

See... now I'm thinking way too much about the construction. That's what I get for having a day off with no fixed plans or "to do" list...

OK, let's just say that DINETTE (26D: Breakfast alcove) is my favorite answer/clue, because Frannie and I had a great pancake breakfast today. Cue "Hail to the Chief," and I'm out.