A rather odd Thursday theme of famous people clued with words that can be parsed in such a way as to give their initials and their sex. As in "17A: Malady?" (MARIEANTOINETTE), and "27D: Roman?" (ROYORBISON). Sort of clever, but sort of weird. That second one took me a long time to see because I had "OMyGOSH" at first, instead of the meh-worthy OMIGOSH (54A: "Wow!!"). Also, there's left-right symmetry today, which adds slightly to the oddness. Still, I enjoyed the theme well enough once I figured it out, so I'll give it a solid B. 1A: Undergoes recession (EBBS) is a tad bland, but tricky, at least. How about C+. Maybe even B-. 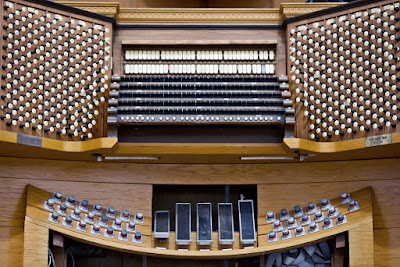 The fill has some highlights and lowlights, as is often the case. I enjoyed COYOTE (21A: Prairie predator), SPITTAKE (4D: "You did what?" reaction), TIMESINKS (34D: Mindless but addictive app games, e.g.), and LAYETTE (37A: Outfit for newborns). SILENTE (39A: Adventure's end?) is a nice example of a classic clue type, and I also enjoyed the misdirection in 56A: Odyssey, e.g. (MINIVAN). And speaking of misdirections, all I could think of was "tine" for 5A: Dining tip? (PRONG), and "art" for 10A: Works at the Guggenheim (OILS).

On the negative side we have the usual smattering of crosswordese (ERMA, EEOC, NANOS, ATON, TRAC (the Trac II is my preferred razor), and NEO), but overall, I think the positives outweigh the negatives.

My favorite clue/answer pair today is 15A: Hooch (SAUCE), because "SAUCE" is such a fun word for booze. Also, it's mirrored nicely with DRANK (62A: Took a shot, say) down there at the bottom. "DRANK" is a fun word, isn't it? In Dutch, the past tense is "dronk," which is even more fun. Sooo... there's that.