I no longer trust the time given online for my solves if I complete the puzzle over two separate sittings, or on more than one device. I am certain that I spent over ten minutes looking at this puzzle last night, and this morning I opened it again and finished it over coffee. I looked up to see the time and it said "12:40," which is probably what I spent on it this morning, but what happened to the time from last night? This probably happened yesterday, too, because 15 minutes is pretty fast for me for a Friday.

All that aside, however, this was another enjoyable themeless puzzle. I got very little up top at first, but JUDGEWAPNER (35A: Arbiter of 1980s TV) was a gimme, and provided a solid foothold in the center. ONENAME (24D: Something Rihanna and Madonna each have), RANK (33D: Malodorous), and the humorous WECARE (21D: Clichéd company slogan) all came quickly off of that. 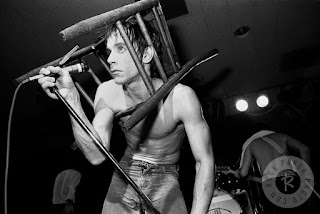 Excellent clues for ADREP (43A: One dealing in space and time) and FSTOP (45A: Setting for Ansel Adams) (first thought it would be something "museum-y" and tried "Frame"), but INS (42A: Well-connected people) is weak no matter how it's clued, and I've just about OD'd on ODON. And speaking of ODing, what the hell is BUTTERBEER? Frannie tells me it has something to do with Harry Potter, but I'm much happier thinking of LIMEADES. Although we did have butter tea once at a Nepalese restaurant, and that wasn't half bad. (The tea part was good... [rimshot!])

Favorite clue/answer 40D: Negotiation's terse conclusion (NODEAL). I just love its terseness, for one thing, and it was a funny surprise. At least to me.

Good end to the week. Onward to the non-weekday, and then we start all over again!