I'm not sure what this kind of theme is called, but it's that one where the first word in all the theme answers can be followed by a word in the revealer. Today the revealer is FIGUREHEAD (55A: Carved decoration on a ship's prow ... or a hint to the first word of 17-, 25-, 37- and 45-Across), so when we take the "head" of the other theme clues, we get "full figure," "action figure," my favorite - "stick figure," and my least favorite - "go figure." The material the "heads" are pulled from is pretty good. FULLNELSON (17A: Banned wrestling hold) is my favorite, both because my brothers and I went through a phase of using this, and the related "half Nelson" as often as possible on one another, and because I find it interesting and mildly humorous that a move has been banned from wrestling. I suppose they must mean "real" wrestling, and not WWF wrestling, and that would make it slightly less funny. 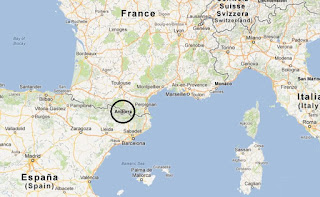 There are definitely some AWKWARD (29D: All thumbs) areas in the fill today. DIF, TUTEE, OYS, OVO, FER, INA, and COL (3D: One of 15 in a typical weekday crossword: Abbr.) to name several. Does anyone ever refer to, or even think about, rows and columns in a crossword?

But there are also some fun answers, like CULDESAC (4D: Dead-end street), RELIC (6D: Linotype machine, nowadays), SHERPA (10D: Everest guide), HOVEL (11D: Homely home), and GAMESHOW (39D: Where you might hear "Ding ding ding!"), for example. I also enjoy the words GABLE and FAUNA. My favorite clue/answer is 40A: Workplace often surrounded by trailers (SET) for the round-a-boutness of the clue.

Finally, KAUAI is a weird spelling, isn't it?