An intereresting visual theme to start off The Turn this week, with black squares forming large Is that are used as the first or last letter in all the Across clues that either end or start with them. As in 13A: Well-read folks (LITERAT[I]), 15A: Cube source ([I]CEMAKER), and 48A: One might get you in ([I]DBADGE). Those are a few of the good answers. 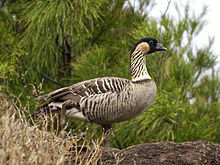 There's a lot I don't really get about this puzzle, though. Like the double revealer in the center. I guess 35D: "Now I see!" (AHA) is kind of a revealer in that you "see" the letter "I" twice in the grid, and maybe the plus signs indicate that you are to "add" the "I" to all the abutting answers... but why have 39A: "So THAT'S the trick here!" (OHO) as well? It doesn't really explain anything, and unless I'm missing something, which is entirely possible, it kind of confuses things. And in the end, the crosswordese crossing of AHA and OHO is a little dissatisfying.

My favorite clue/answer, and one of the too-few bright spots, is 7D: Flat population? (TENANTS). I give the theme a D, and the puzzle a thumbs-down.