The online version of the puzzle seems to be undergoing some sort of transformation. One day it shows an empty square where you make a mistake, the next day it resets the time every time you it pause. Yesterday, my time was "0:03:24," according to the NYT site. Today it's 13-somehting... but it really felt more like an hour. We were entertaining tonight, so the solve was very disjointed and neither of us could really focus. Perhaps it was that disconnectedness that left me feeling a little lukewarm about this one. 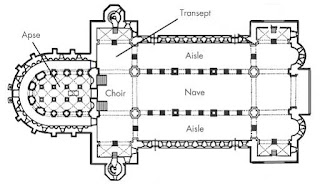 It starts out well enough - I guess the ACIDWASH look was meant to look broken in, so sure, "Make look old" is acceptable. Let's give it a B-. And my favorite clue answer might be 58A: Piano (SOFTLY). It's a music clue that I entered immediately, unlike 3D: Its icon contains a pair of quavers (ITUNES), which took me forever! No one ever says "quaver" for "eighth note," obviously, but hey, it's Saturday, so I take my lumps there.

In other places, it's a little harder to do so. 28A: Five-time N.B.A. All-Star Pau GASOL  is completely unknown to me. As is LOCARNO. I had all but the first letter and I still needed the cross. And what a cross it was - "35A: Couple of star-crossed lovers?" LONGINGEYES. What does that even mean?!

Oh, well... we enjoyed PYRENEES (59A: Locale of the ancient kingdom of Navarre) (Henri IV FTW!) (and is it really that ancient?), and SERIESFINALE (7D: Pilot's opposite) was good. But as I said, I felt a little distant from this tonight. Maybe it's the $400 worth of wine that was consumed over dinner, maybe not...