Greetings, Dear Reader, it is I, Horace, filling in for Frannie today.

I quite enjoyed this "formal" Thursday theme. Four familiar phrases expanded as if their first word were a nickname. "Bob for apples" (17A: Play a game on Halloween, formally?) becomes ROBERTFORAPPLES. Heh. "25A: Be exceedingly frugal, formally?" isn't to "penny pinch," but PENELOPEPINCH. Hah! It's more common in my experience to hear that as a noun (penny-pincher) instead of a verb, but I'll let it pass because Penelope is such a lovely name. Just ask Odysseus! My favorite of the theme answer, though, (and Frannie's she just tells me) is DOROTHYMATRIX (40A: Kind of printer, formally?). That's a quality theme! 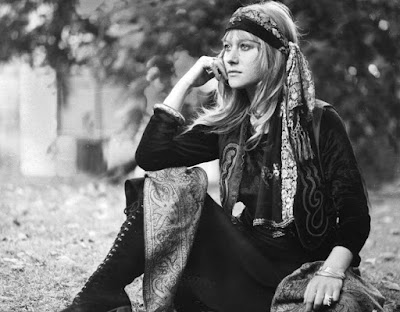 So that's good, what about the rest? PEDI (1A: Half of a salon job) gets a C-. It's a partial of a partial (of sorts), and it's something we see a lot in puzzles. I did enjoy 14A: Writer Waugh, (ALEC), however, even though I've never heard of him, because it made me think right off the bat that there was going to be a rebus. How else were they going to fit "Evelyn" in there? Nice misdirection that could really only work on a Thursday.

HELENMIRREN (23D: Winner of the Triple Crown of Acting (Oscar, Tony and Emmy)) is, of course, fantastic. And yes, I'm mentioning her in the review even though I posted a photo of her... and another thing, it's not a bad way to spend several minutes, scrolling down the Google images that appear when her name is the search string. But where was I?...

LEFTTORIGHT (6D: Phrase in a group photo caption) was unexpected, but brought a chuckle. 27D: Hero of New Orleans (POBOY) also brought a smile. ARMADA, HELIX, SIPHON, ENTREATS, and ENTAIL are all solid fill. I wasn't familiar with LEONA (59A: "Bleeding Love" singer Lewis, 2007), and I can't remember hearing the word "Whilom" (ERST) before, but those aren't really complaints, I'm just exposing my weaknesses. Overall I give this puzzle a hearty thumbs up. Great start to The Turn™. I hope you enjoyed it as well.

p.s. My one error was at the intersection of POLIS and OHYES. I'm pretty sure I entered "aHYES" and never looked back.

p.p.s. This is Ms. Amram's debut puzzle! Congratulations to her on such a good one.