An unusual "E-Z" theme today, with four two-word answers starting with those letters, and a revealer of EASYDOESIT (58A: "Not too hard now" ... or a homophonic hint to 17-, 23-, 35-, and 48-Across). I guess it works, but if EBOLAZAIRE really is used as a name, I've never heard it. I've also never heard of EDZWICK (35A: "Legends of the Fall" director, informally), and the Z in his name was my last square. It shouldn't have been, because - the theme!, but I couldn't remember if it was an X or a Z, and I hadn't yet put any thought into figuring out what the theme was. Luckly, I went with the Z. 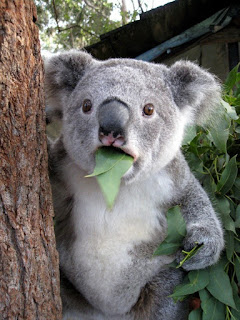 So the theme didn't do much for me. What about the rest of it? Well, the SW and NE are nice and chunky with their triple-ninestacks. Nothing is particularly earth-shattering in the stacks, but nothing is objectionable either. CANOODLES (31D: Makes out) is the best word, but does it really mean "makes out?" Isn't it more general than that? It's a word that I think can't really be - nay, shouldn't really be - defined too precisely. We all know what it means. Still, I suppose it has to be clued somehow. :)

"14A: Much of a maze" took me tons of crosses. I wanted "hedges" instantly, but somehow couldn't make the very small leap from hedges to WALLS. It's an odd clue, and I like it. One that I don't particularly like is POO (54A: Nanki-____ of "The Mikado"). I don't mind the word, per se, but that the character, and the Mikado itself, should be reduced to that entry just seems so very wrong.

1A: Baseball slugger's datum (ATBAT) is, again, kinda meh. I'll give it a C+. In fact, that's kind of how I feel about the whole grid. It's fine, but I wouldn't call it sparkling. ZOIC isn't great, there's DCON and DRANO, and the aforementioned POO. Lots of EVE and CEO and OLE and ODE... not enough GLEE. I think my favorite answer might actually be SUGGEST (41D: Propose). I don't know if I've ever seen it in a crossword before. And that's all it takes today to get to be my favorite entry.