Boy o boy that NE corner was a bear! I guessed CLAPTON off the clue (that list is bullshit), but ADELIE (14A: Penguin species) and SONARS (16A: They make waves in the ocean) (derp), were not exactly gimmies. 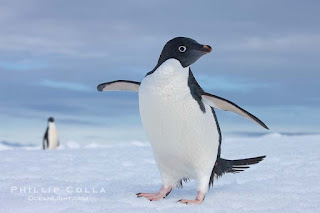 Oh, by the way, this is Horace. Frannie and I went out to the North End straight after work. We had martinis at Caffé Paradiso and then spent a couple hours at Pizzeria Regina, and on the way home she asked me if I would like to "guest review." So here we are. I'm a little tipsy, and I'm a little surly.

I do not like GUARANTY. Variants are seldom welcome, and are less so when they arrive unannounced. I don't much like DIDICONN either, but she did play "Cupcake" on the animated show "The Fonz and the Happy Days Gang" (1980-1981), so I can't be too upset.

On the upside, I enjoyed SHEBANG (6D: "Whole" amount), PERMEATE (15A: Diffuse through), and CAPITALQ (36A: MapQuest feature). And how many of you had EsCHER for 40A: Impressionist artist? before you realized that "8D: Extreme fandom" was "ADORATION?" Come on, it wasn't just me!

Nobody has ever said POPTABS (38D: Soda can features) have they? Maybe "pop tops," maybe "pull tabs," but "pop tabs?" Never.

OK, Frannie might add more to this eventually, so I'll sign off now. See you next month!