Nice find at 1A: Blondie's maiden name in "Blondie" (BOOPADOOP). I am pretty sure my father (REL) would have known this off the clue, but he's always shied away from the NYT puzzles, preferring to stick with the dailies in his local paper. Dad still loves talking about the comics, and I think he's disappointed that I no longer read any of them, because I don't ever read the paper. When we were younger, he made up a quiz wherein he drew all the comic creator's signatures exactly as they appeared in the strip, and we had to pair them up with the strip names. I no longer remember if I got Chic Young, but I'm sure it was on there.

Thinking back on all this, I looked up "Blondie," to see how long ago it ceased production, but lo and behold, it's still going! Chic Young started it in 1930, and his son took over and is still going with it. I haven't read it in years (obviously), and I wonder if it's still as sexist as it ever was. Seems hard to believe, but one never knows. Lastly, the surname was taken from the song "I Wanna Be Loved By You," if that wasn't already obvious.

OK, enough on that. And on the very anniversary of the Women's March! 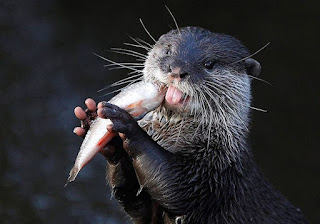 I like the shape of this puzzle. Is it a button? A Ritz cracker? A wheel? It doesn't matter, really.

One of my favorite entries today is MARIONETTES (13D: Howdy Doody and others). Not really a knock-out clue, but a very nice word. One of the better clues today was for BIGTICKETITEM (12A: One taking a lot of credit, maybe?), and 30D: Changers of locks (HAIRDYES) was also cute. I had HAIRcutS for quite a while.

There's a fair amount of mid-length glue today, like ODIST, SYNODAL, HELLENE, SALLOWED, and VSHAPES. And then we have names like ANSELMO and AMATO that feel like glue. At least to me.

The West was my favorite section, with YESMASTER (14D: Toadyish response), BOSTONCREAM (12D: Kind of pie that's actually a cake), and SISTERSOULJAH (10D: Hip-hop icon born Lisa Williamson). I was not familiar with her, but she seems great.

Overall, it was fine. Certainly more enjoyable than yesterday, but perhaps that's unfairly faint praise. I guess some of the clues just seemed a little too straightforward. 10A: Post something (SENDALETTER), 11D: Paper signed before filming begins (RELEASEWAIVER), and 20A: Mosaicist (TILER) were a little too PLAIN (25A: Hamburger order).