Today, we go ISLANDHOPPING (Yachter's itinerary, maybe, or a hint to understanding the answers to the starred clues) and boy am I pooped. Ha. The revealer is encircled by four theme answers, each harboring an island within it that has to be "hopped" to connect the beginning and end of the answer word. My favorite was S/CUBA/TANK (CUBA/STANK) (Smelled). I couldn't help but think of Hoobastank, a band, I read on the Wikipedia, that initially signed with Island Records. Quelle coincidence! Of the other three island visits, I stayed the longest on CON/CRETE/S because it was surrounded on all sides by the unknown: to the north and south by OLINE and ORS and to the east and west by CANOEING and NOHO -  I knew this last one was some kind of HO, I just didn't know which direction to go with it. It didn't help that OLES and RAHS have been so drummed into me, that it took me a minute to figure out today's "Stadium sounds" (ROARS).

9D (Part of España) confused me briefly, too. I very much wanted something like estado, but that was incorrecto. TILDE was a nice twist. Likewise, I thought "Is from Issy?" (EST) was a nice twist, but that one didn't trick me. Other fun clues were Tiniest complaint (PEEP) and Ball boy? (DESI). 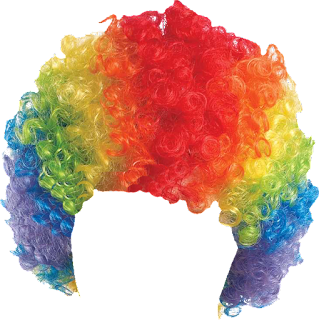 Interesting to learn about the book, "Reading the OED: One Man, One Year, 21,730 Pages." I wasn't aware of it, but I sure wish I had thought of that idea first.

We have another royal appearance today (WILLIAM), along with a relative of a royal (PIPPA). Horace and I have recently been enjoying "The Windors," a spoof of the current British Royal Family on The Netflix. The Pippa character is a hoot.

Durant and Love may be greats in the NBA, but KEVINS isn't great fill, and TEL (Hotel room feature: Abbr.) is weak, but really, that's all I have to complain about. I loved SADLOT, OHSNAP, EVILTWIN, BERTOLT, MONOCLE, INDENIAL, and SUAVE. And while there were a number of three-letter chestnuts (EDU, ANT, ONO, the aforementioned EST) most were enhanced with fun or interesting clues. Certainly not enough to end on a SOURNOTE.