Oh, boy, this was tougher than I expected. When I started solving on paper, I figured that my times on the easier days would definitely suffer, but that I'd make it up on the harder puzzles, where rushing through clues would not be the order of the day.

Well, not today. Or maybe Thursdays are not the best test of that theory, due to the trickery involved. And today's has a wonderful trick.

"Line from someone who's been interrupted" is the clue for each of the "15-letter" answers that span the grid at 16A, 36A, and 55A. In fact, each answer is 17-letters long, but they're interrupted after letter 14 to make an extra 3-letter answer that sits at the beginning of the line below. To fill out the grid spanners, a "-" is put into its place, just as you would when reading a book. That dash is then incorporated into the down answers appropriately. I think it's brilliant.

I like the first and the third of the theme answers better than the second, if only because DOILOOKLIKEIMD-[ONE] puts the line break in a place that would never occur in print because it's not between two syllables. The other two theme answers do obey that rule, and thus work much better.

Also nice that the 3-letter leftovers work as answers in their own right. To that end, ISH and ONE are clearly better than ING, which is clued as a partial key signature. It is certainly true that Beethoven's Minuet in G is very well known, and is typically called that, so that improves the quality, but still.

Finally, the three down answers that use the dashes are reasonably well accepted. I like HI-C and NO-NO better than A-Z. When I first had A_Z in place at 35 down, I thought about sticking a rebus "to" in that square, recognizing the Thursday-ness of the puzzle, but couldn't see how that would work with the across answer. 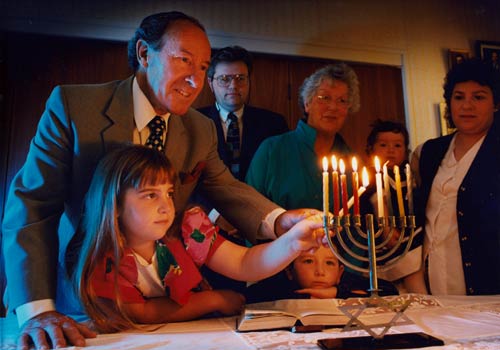 My errors which slowed me down included:

22A: CALtech (I should have known better)
5D: "avast" (reasonable)
21A: "intro" (very reasonable - and I'd say a better answer than BASIC)
26A: iRAqi (very quickly recognized that this couldn't be correct)

The rest was just struggle recognizing the theme.

Also - I'll shout out JELLYROLLS, TALKSTRASH, and probably my favorite of the year so far, 9D: Co-written best seller (THEBIBLE). I also found 40A: Is appealing (PLEADS) such a great unexpected twist of a normal appearing clue. Finally, how about the little Marcel Marceau mini-theme with MIME, NON, et OUI? Très Français!

All so good, I'm overlooking that ABRA at 1A.