Well, well, well, it's been an odd week of puzzles. Kind of a lackluster turn, and then a Sunday that I ended up liking rather a lot. Unusual.

I started this out racing right through the top, and as I was getting what I assumed would be the first few theme answers (the long Across answers), I was both unimpressed and confused. How did PLAYFORTIME (23A: Stall) or NOTSAFEFORWORK (33A: At risk of being offensive) relate to today's title, "Substitutes?" They didn't, that's how. And so I just kept solving. On the lower half, answers like TEMPORARYEMPLOYEE (73A: Seasonal cry (remember 43-Across)) referred back  to the top clues, but still it made no sense. Finally, I finished the puzzle by filling in TELECOMMUTE (111A: Not safe at home (remember 33-Across)), but I was thoroughly confused. I had parsed 95A as "Elizabeth: An Era," and I was pretty sure that wasn't in our Riverside Shakespeare, so I spent a little more time and finally realized that the first theme answer provided the key to understanding 95A. The clue "Play of Shakespeare" had substituted PLAYFORTIME, and I had to switch it back, giving "Time of Shakespeare" which was, of course, the Elizabethan Era. Aaaahhhh... it all makes sense now!

So, a pretty clever theme. And clean, too, as all the answers are standard, in-the-language material. And speaking of clean, Frannie and I talked it over a bit, and we agree that this is an exceptionally clean Sunday grid. Sure, you've got an occasional OATEN here and a PETGOAT there... you know, my dad's family had a goat when he was little. I guess it was kind of a pet, but they also got milk from it, so was it?

Some great clues today, one of which has already made it into our "Favorite Clues" post: 70A: It's said to cause a smile (CHEESE). Lovely. Also liked 49D: They're charged for rides (TESLAS). And I, for one, was happy not to see "irate" at 120A: Ticked off (ANGRY).

Well, it's Sunday (isn't it nice how NFLGAME runs right down the middle today?), and this is the day we switch off reviewers, so Frannie will take it from here... 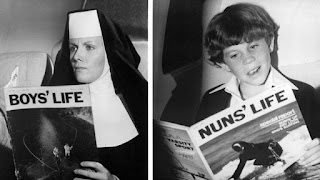 One of my favorite clues, featuring everyone's favorite, the hidden capital, was Goofy drawing? (CEL). Ha! I liked the pair of "Enjoy some rays" clues, with and without the ? (SCUBA and BASKS).

I thought the puzzle had a lot of fun, less-frequently-seen-fill like ALOP, TWEE (the word, more than the attitude itself), CANARDS, JUT, TUBETOP, and the preferred form of BARRE. :) While solving, I got the impression that Mssrs. Barocas and Kravis are real FUNGIs.