I got this puzzle's number starting with the grid-spanning revealer 4WARDINGADDRESS. Well, sort of. I felt that I knew 38A had to be [for]warding address, but couldn't make it fit, so I thought, aha! a rebus. Which it was, sort of; the unexpected numerical rebus - with a twist! The puzzle had four clues that read, "Answer found elsewhere." Then, elsewhere, solvers were given the answer as the clue, and in the grid, when correctly completed, the location where the answer should be entered. So, the clue for 18 across was "Answer found elsewhere." The clue for 13D was Macarena, but the answer was 18ACROSS, so we put MACARENA in at 18A. Somehow, it was easier to solve than it is to explain. There was one of these clue/answer/clue pairs in each quadrant, and each location answer crossed its clue answer. But, clever as this trick puzzle may be, I didn't really love being handed the answers just by solving the locations, which were largely given away once you figured out the trick.

Today's not-so-hidden capital at 14A (Many-hit Wonder: STEVIE) didn't fool me anymore than yesterday's did, but the one at 7A sure did. I don't spend much time on social media, so when I looked at 7A Yelp alternative, I thought, oh boy, what's another thing like Yelp? Well, another thing like yelp turns out to be ARF. Ha!

The pair of Hill workers clues spiced up the old chestnuts SENS (Hill workers: Abbr.) and ANTS (Hill workers) a bit. And 30D Angels might come to its aid (STARTUP) was nice. 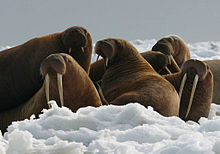 I didn't DOTE on the number of abbreviations ALLOWEDIN like ACC, NEV, PRES, XII, SSRS, OVA, and ACR, even as valiantly clued as they were. And entries like Right-angle pipe (ELL), Desk chair part (CASTER), One providing input (ENTERER), and Approached dusk (LATENED) weren't gr8, but I suppose that's the price of a complex trick puzzle like this.