As hoped, this puzzle was 32D (SOLVABLE), and, in pretty good time for a Friday - for me, that is. I had finished all but one square around the 20 minute mark, but the timer kept ticking as I dithered over the cross between 45D. "Mischievous" and 54A. "Some Chinese teas." It was dumb to dither. The only letter other than H that even makes a word with ARC is S, but ARCs didn't work at all with the clue, but still I thought ARCH was a bit of a stretch for Mischievous. Plus, as a self-proclaimed tea aficionado, I balked at entering the name of a tea I had never heard of. It turns out HYSONS *are* a kind of Chinese tea. Who knew? At the risk of over-quoting the Wikipedia, I found this interesting chestnut when I searched it:
Despite often being considered of mediocre quality, hyson tea was highly prized by the 18th century British and tea tax on hyson tea was higher than for other teas. During the Boston Tea Party hyson tea represented 15 of the more than three hundred chests of tea that were destroyed. So, there's that.

I had an INSANA amount of trouble in the northeast. A couple of unknowns including "The Real ___" former ABC sitcom (ONEALS), surrounded by a several tricky clues, especially 10D. Not go off without a hitch? (LIMP) and 18A. Hog's squeal? (MINE), while excellent Friday fodder, slowed me down.

Mr. McCarty RUSTLEd up some additional fun fill with 8D. Bolted down (ATE), 27D. Industry filled with press releases (WINEMAKING) - ha!, and 12D. Gaelic spirit (BANSHEE), which I know thanks to my Mom.

We are one thurible short of a funereal mini theme, today, unless we group 50A. Perfume ingredients (OILS) along with 4D. Lying flat on one's back, in yoga (CORPSEPOSE ) and 23D. Ready for inurnment (CREMATE). 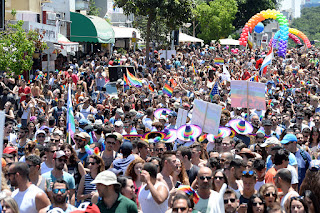 My small protests (PEEPs) include:
24D. Venomously biting (ASPISH) - has the sting of contrivance about it.
36D. Surround with an aura (ENHALO) - I am enhardened against this one.
43D. Inflection point - I just don't buy CUSP, it seems. Tooth much?