How have I never heard the term NUCLEARFOOTBALL before? And why now? Why like this?

I don't actively take in much news. I don't watch televised news or listen to the radio, and I don't receive any newspapers. What I do know about world affairs, I get from the first piece in The Talk of the Town in The New Yorker. Or someone calls to tell me. (When a water main broke near our house a few years ago, three different people called to tell us we should boil our tap water.) And now, I can say that some of my information comes from crossword puzzles! After finishing this puzzle, I Googled NUCLEARFOOTBALL and found that it is the suitcase carried at all times by an aide close to the U.S. president that allows nuclear missiles to be launched. Great. 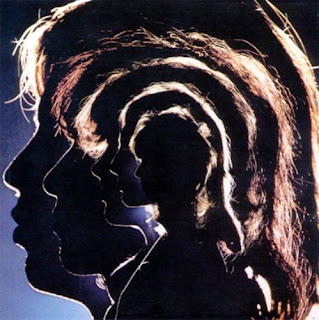 So why is it the only 15-letter answer today, and why is there a goalpost in the center of the grid? Is it a theme? Is there any more of it? Are the "targets" between the uprights? "Radicalism" embodied in Bobby SEALE? The "old ways" of our ELDERs? (Probably not, given the clue "Someone to respect.") TSARS is a little too obvious, maybe. And too soon? And are KNEELS (7D: Time-killing plays for quarterbacks) and DLINE, because they're football-related, also thematic? What about ENDERS Game?

So maybe there is no theme... but why, then, spend all that time working around the goalpost? As with many things, maybe someone will call to tell me.

Theme or no theme, there's some very good stuff in here. I tried "too hard" at 1A: Frustrated solver's cry (IMSTUCK), but that was (ironically) soon corrected by the Downs. TEDNUGENT (4D: Rocker nicknamed "The Motor City Madman") was a gimme, and the rest came eventually. I really liked ONADARE (17A: How bugs may be eaten), and HATESON (15A: Verbally abuses, in slang) was nice and modern. And I loved all the Downs in the lower left - ANDES (43D: Long range) (more theme material?), HUEVO (44D: Spanish omelet ingredient) (Hah! I kept trying to think of what might be in a "Spanish omelet," but really they just wanted a Spanish word for what's in every omelet!), BCCED (45D: Secretly included, in a way), and LLOSA (46D: Author Mario Vargas ____) - those last two look great side by side.

I'm not super happy with DEEPFAT (8A: Frying need for French fries), as I'm not sure that's a thing by itself without the word "fryer." Wouldn't the need simply be "fat?" or even "oil?" Still, that one small quibble - and the weirdness of the theme - aside, I enjoyed this Friday offering. It's always nice when I learn a little something about nuclear war. Right?