For today's theme, we have the names of two cities, NEWORLEANS and SANANTONIO, tied together by MAY1718, the month and year in which both were founded, apparently. The numbers of the year are, or at least can be spelled out as rebuses. The theme is built up a bit with one sight from each city JAZZBANDS for NOLA and ALAMODOME - not to be confused with The Alamo - for San Antone. It's possible that WEWON (Champs' exclamation) and VOODOO (Expert spelling?) are also part of the theme - the former something that might be heard at the a 64,000 seat facility after a sporting event, and the latter reportedly practiced in New Orleans, at least according to our tour guide.

It turns out I am not an expert speller, which made the MYNA/ILYA cross my Waterloo. Too soon? I had some trouble with the middle east (who hasn't?), where the first names of Congressman Schiff (ADAM) and Pro Football Hall of Famer MEL Blount crossed the, to me, mysterious DOME part of ALAMODOME. I finally figured out MELT for "Wrap alternative" and the rest fell into place, but "Congratulations" were not forthcoming. I spent a lot of time reviewing my answers, but could not find the error. I finally looked at the solution and found I had an "i" in MiNA where a Y belonged, but having never heard of 1958 Physics co-Nobelist ILYA Frank, I couldn't spot the problem. In honor of puzzle entry, BILLNYE the science guy, and for all of our GEEK readers out there, here's what the Wikipedia tells me that Mr. Frank and company won the Nobel prize for: the development of a theoretical explanation for the effect that occurs when charged particles travel through an optically transparent medium at speeds greater than the speed of light, causing a shock wave in the electromagnetic field. The discovery and explanation of the effect resulted in the development of new methods for detecting and measuring the velocity of high-speed nuclear particles and became of great importance for research in nuclear physics. Yay? 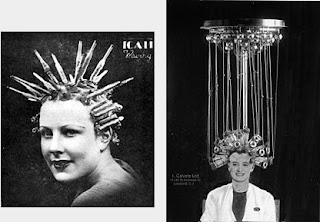 I liked CHADS (Polling place hangers-on?) despite the old trauma it evoked, LEMON (Cocktail slice) because who doesn't like a tart adult beverage, and INAWORD (Concisely) because the clue is apt. Apt!