Since I wrote so much about the constructor yesterday, I will start this review by reminding readers that Erik Agard is the reigning champion of the American Crossword Puzzle Tournament (A.C.P.T.). And I don't know anything about Andy Kravis, unfortunately. Let's just assume that he and Mr. Agard are friends. Or, if they weren't before, they probably now have at least a passing familiarity with one another. (Boy, that's a great start to a review ...) 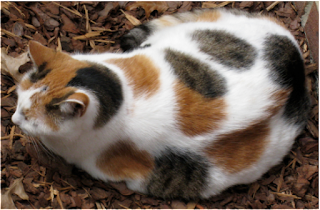 This theme of SPOONERISMS, the base phrases for which require a spoon to eat or serve, is both ludicrous and oddly tight. I mean, the very idea! Good SPOONERISMS are hard enough to come up with, and to force four from foodstuffs requiring a spoon is either very impressive or insane. Or a little of both. The pour fairs are:

PASTYHOODING (Hasty Pudding) 37A: Particularly pale Ph.D. ceremony? - perhaps the most absurd cluing, but still, especially appropriate for today, as it is commencement day at Harvard, where the Hasty Pudding Club is a big deal, and where there will certainly be plenty of PASTYHOODINGs.

PAYGROUPON (Grey Poupon) 52A: Pony up for a certain online deal?

And if that weren't enough, there's lots to like in the fill as well. Old-school ICHABOD and GARRISON are balanced out nicely by SRSLY (10D: "Are you kidding me?," in texts) and THEWEEKND (11D: R&B singer who had a 2015 #1 hit with "Can't Feel My Face"). That last is crossed well by HELEN (31A: Literary character with a powerful face) ("...that launched a thousand ships.") Clever. And what about ODE (62D: Opposite of a poetry slam?)!? Very nice.