Happily, the Greek wasn't all Greek to me, once I caught upsilon the trick of it. Each theme answer is a string of two or more letters from the Greek alphabet clued as if they were English words or phrases. To wit: 23A: Hired vehicle that's only as big as a potato crisp? (CHIPSIZETAXI). That one gets props for using the most Greek letters, but I thought the funniest one was 17A: Wager one's sculpture of the Virgin Mary cradling the body of Jesus? (BETAPIETA). The clues all struck me as something of a stretch, but I give it an alpha for effort.

Less recherché, but one tailor-made to AMUSE this solver:
41D: Answer to the riddle "What cheese is made backward?" (EDAM) - ha! 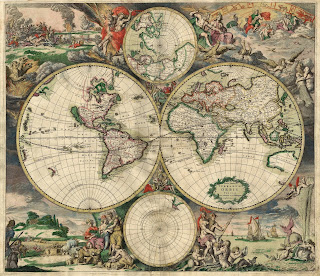 Other clues were well crafted and fitting, like everyone likes:
43A: What to expect (NORM)
61A: As expected (ONCUE)
68A: Embrace fully (OWN)
1D: Filler for une pipe (TABAC)

In other nus, there were a few clues, however that *were* Greek to me, or rather, I thought the clues were less apt than I like them to be.
19A: Napkins and such (LINEN) - when used in this context, LINEN needs an S
40D: Do-it-yourselfers (AMATEURS) - OK (obviously), but not fine.
57D: Opposite sides (FOES) - Ditto.

Overall, though, I was psixi'd about this one. Beta nu didn't see that gamma now did you? Iota stop now.