A fun theme today, featuring the names of eight comics 'standing up' in the downs. The revealer, STANDUPCOMICS at 33A is thematically apt. Apt!

The fact that the puzzle was written by Mssrs. Trudeau, a father and son team, takes the aptness to a personal level because comics are big in Horace's family. Horace, Sr. (not his real name) is a longtime comics reader and aficionado, an interest he shares with one of Horace's brothers. I read the comics regularly in my youth, but I'm not so much a fan these days - I haven't even heard of TIGER, BABYBLUES, or MUTTS. My particular bête noire, though, if I may, is GARFIELD. Over the years, Horace, Sr. has saved occasional examples of the strip to discuss their merits with me, but I haven't been won over yet. On the other hand, I do enjoy some of the versions of Garfield such as Garfield without Garfield and live-action Garfield.

I thought the clue/answer pairs "Something to stand on" (LEG) and "Material for a mill" (GRIST) were appealingly reconfigured expressions. I also liked 11D. Alfresco theaters (DRIVEINS), 12D. Innocent-looking (DOEEYED), and
47D. Look at, as thou might (SEEST). I was able to drop JPOP right in thanks to another of Horace's brothers, who is a big fan of K-pop. I've never heard of 1969 Super-bowl-winning coach, Mr. Ewbank, but WEEB is fun. I also liked SERENADE and ASPIC as fill. 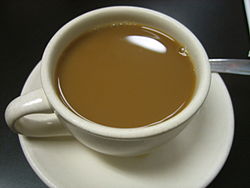 This puzzle had a couple of repeats from very recent puzzles including ___ Xing (PED) which appeared verbatim on May 9th, while "runt" was just in Sunday's puzzle and we had RUNTS today with similar clues - both puppies, no candies. I also thought it was a little odd to see both ORANGES and ORANG in the same puzzle, but still, IGIVE it a big thumbs up. :)