I think an apt title for today's puzzle could be Salute to Scrabble(TM). Apt! Four clues mimic Scrabble trays of BDEJLMU EELRSTT which AELPRSY had to AAEGNRR to find the correct word to enter into the grid. The four "rack" answers are nicely placed, one on each side, around the center block, which is itself surrounded by black squares that I think are supposed to resemble the bag of letters used in the game. The "bag" contains three arrangements of t, e, s, i, and l that make the words ISLET, STILE,  and TILES.

Taken all together, it's a lot of theme material - a fitting homage from one word game to another. Elsewhere in the grid I liked ACETATE, MIASMA, SABOTEURS, and AMPLE. The clue "Gooey vegetable" for OKRA did not make me want to rush out and get some. 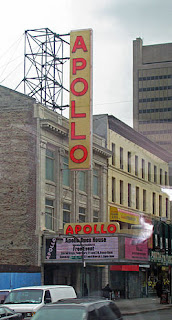 I had a slight hiccough where TEES crosses with ABIE. I had TiES at first (Links things), but the wrong-looking ABIi caught my eye before I completed the grid. I still don't know what or who ABIE is (Irish Rose's love), but I realized the clue was referring to another kind of links AUJUS in the nick of time.