I really liked this puzzle, but that NW corner broke me. I finally got SIXPACK (1A: Objective worked toward during crunch time?) which is excellent, but I failed to notice when I did that it changed my 4D from cOPs to POPs, and I then guessed kEYs at 19A (Singer with the 2012 hit "Let Me Love You"), which resulted in the dreaded "you filled it in but you're not really done" message. I flailed for a while then looked at xwordinfo and saw my 2 mistakes. I wish I had thought more about POPO (4D: Law enforcers, in slang) (Frannie uses this all the time!), because having _EYO might have prompted me to come up with NEYO, a name I have heard, but know nothing about. And what the hell is a SCANTRON? A Matt Ginsberg device? 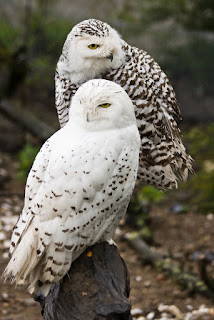 I loved the NE, with it's ONVACAY (16A: Catching rays for days, say) - which I thought of immediately, believe it or not, but did not enter until I had a few crosses - and the related BODYSURFS (8D: Rides the waves without a board) (duh). The Twain quote is funny, but I'm not sure I believe it (SANITY and happiness are an impossible combination). I don't want to believe it.

Frannie and I saw a PLAY last night, coincidentally, and although it wasn't the best thing we've ever seen, we were never inclined to shout BOOHISS (8A: "Get off the stage!").

Other entries I liked were BBQJOINT, ROULETTE, XRAYSPEX (3D: Novelty item in vintage comic book ads), the blue combo (OCEAN and COBALT), and the outlet pair (ADAPTOR and DEADEND). I have never heard of the "Participate in quid pro quo" definition of LOGROLL, but I still like the entry.

Really, lots to like here. I just wish I had been more familiar with NEYO.