Classic board game hunting, that is, not wild game. Although I suppose that some of these could get a little wild when played by the right crowd. :) 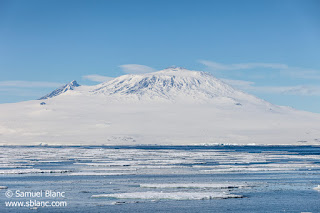 So it's familiar phrases wackily clued to make believe that games are being named. My favorite is "54A: We can't play that game unless we borrow someone else's" (IHAVENTACLUE). HAS! So formal.... my least favorite is PLEASEDONTGO, because it doesn't really work. The rest are all pretty good. So fun theme.

The grid seems more open than Sundays sometimes are, but there's that long diagonal running down the middle that broke it into two separate sections, which made my solve more difficult. Speaking of difficult, there were a few squares that I only really understand now. 74D: Scale site DELI - I guessed the D for EDNA Mode, and get that it's "weighing the meat and cheese" DELI scale. I'm not sure what I was thinking up until now... And for 102D: Go on and on (YAP), I had YAk even though kORE means nothing to anyone. PORE, on the other hand, is where beads of sweat are formed. I blame my thick-headedness this morning on my sister's birthday party last night. I don't think I've overdone it quite so much since my own thirtieth birthday party, which was quite some time ago now. I'm definitely getting too old for this sort of thing.

Anywho... enough about that. I really enjoyed some of the clues today "They're shared among friends" for INJOKES, "Suspect statements?" for ALIBIS, and my favorite was "They vary from past to present" for TENSES. Very nice.

In other places things got a bit musty - I'm looking at you BIREMES, TRIBUNES, and TRIODE - and COMAKER, REGLUE, and ENHALO aren't exactly COO-worthy. But let's not focus on those, lets instead enjoy TURTLEDOVE, FATHERTIME, CAJOLERY, and GENDERFLUIDITY. In my book, this was a fun Sunday!