What a difference a day makes! Yesterday, we started with the child-friendly "clown cars" and today in the first spot we find STRIPPERS (Pole stars?)! The AGERANGE really shoots up from Friday to Saturday. :) 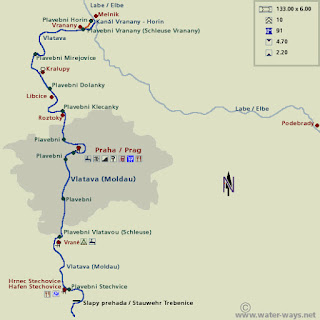 Thinking about that makes me wonder if the editor is able to somehow see statistics from the app and/or online solvers. It probably doesn't actually record or show ages, but I wonder if there is any kind of report on number of complete puzzles, speed of solve, number of correct solves, etc. You'd think that there could be, with all the big data that swirls around these days. It might help to verify the day-to-day difficulty levels. Of course, he may no longer need any such stats, because he seems to do a pretty good job of it already. My daily averages make a very neat staircase going up from Monday to Sunday. Perhaps he'll comment and let us know. (Hi Mr. Shortz!) :)

Anyhoo... I found today's puzzle satisfyingly challenging. Just enough gimmes to give me footholds, and enough trickery to turn some of those footholds into pitfalls. WATTLE (10D: Dangling part of a turkey) was in the latter category. I dropped in WAddLE immediately, and had a hard time making those Ds work out.

Somewhat incredibly, I read Emiliano Zapata's name just yesterday in an article in The New Yorker about fighting fires on the Great Plains (he was not one of the firefighters - it was his mustache that was referenced), so when I came to "62A: Rebel fighter during the Mexican Revolution," I was thinking of the man himself as the "fighter," not one of his many followers, and it took me a while to figure out how his name could be made to fill three more squares.

I loved TOQUE (55A: Fancy restaurant topping?), HOTDATE (20A: Chemistry test?), ASININE (25D: Harebrained), and SIRPURR (41D: Caroline Panthers mascot with a rhyming name). Who comes up with mascot names? That's a great one. It's much better than our local representative, "Pat Patriot." Egad. It might even be the best in the league, although Pittsburgh's "Steely McBeam" isn't bad. And I have kind of a soft spot for "Roary," the Detroit Lion. So simple.

Anyway, where was I? This is getting kinda long...

My error was at 39A: Gambler's spot. I was fooled, and guessed PIt, but the much better - and correct - choice was PIP. My father-in-law used this term all the time when we played cards, which was frequently, so I feel especially bad about missing it today. And I guess because StEWS looked fine, I never went back to see that it should really have been SPEWS (34D: Shoots out).

Not the best end of the week for me, but the puzzle itself, and the whole "Turn" (Thursday through Saturday puzzles, according to us here at this blog) was quite good. See you in a few weeks. Happy Puzzling!