For a while today, I wondered if the title was a trick and that there would be some kind of "unthemed" theme... but no, it's just a lovely themeless Sunday puzzle by one of the masters. And if you, like me, thought there was a lot of white space today, you're right. This puzzle has 186 white squares, which is the most ever for a Shortz-era Sunday puzzle. The second place puzzle (which was in first place for the last 16 years), had 168. (Thank you xwordinfo.com!) It's a mic-drop kind of puzzle by Mr. Berry.

Several times during my solve I smiled as ASSET after ASSET was revealed. How about "20D: You should avoid feeding on them" (FASTDAYS)? Or "48D: Selling point?" (MARKET)? Or 61A: Trunk fastener? (CORSET)? That's some nice stuff. And I was tricked for a while by "36D: Shade in the woods" (FORESTGREEN). Tricky! 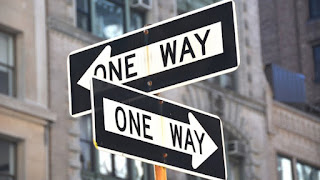 Who knew the GOAT was the mascot of the U.S. Naval Academy? Not this guy. As I write this, I'm hearing a lot of talk about GOATs in the background, but they're talking about guys who utter a lot of HUTS - Aaron Rodgers and Tom Brady. For the record, I still think of the word as meaning scapegoat, not "Greatest Of All Time." That still seems weird to me. But is Mr. Berry's inclusion of it here a subtle message? A signature, of sorts?

I admit it, I prefer themeless puzzles. Sure, sometimes a theme can be super clever and fun, and really, there have been a lot of them that I can remember in the years that we've been doing these reviews, but for my money, there's nothing better than a nice, clean, hard themeless crossword. This one's a Sunday, so it's not going to be the hardest ever, but it sure was a fun change of pace.