I liked this puzzle because, for me anyway, it put up more of a fight than I am used to on Tuesdays, and its theme was one that I thought was fresh and well-done. 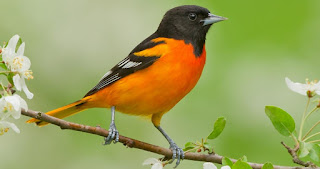 Let's take the theme first. The revealer, GOTTARUN (59A: Parting words from 18-, 23-, 36- and 54-Across?) cutely anthropomorphizes the other theme answers, all of which can be said to "run." And those other four are all perfect. Sure, maybe someone would argue that not every FRIEDEGG runs, but I would counter-argue that those people are frying their eggs incorrectly. And I might further argue that not every candidate should actually run for office... but that would just make everyone sad, and that's not what we're about here. :)

Now let's talk about my shortcomings. Have you got the time? Why can I never remember the spelling of UHURA's name? Luckily, crosses eventually corrected my initial attempt. And I really wanted to be able to come up with BORNEO (7D: Largest Asian island) without crosses, and spent not a little time blankly staring at the empty squares, but in the end a couple crosses were necessary. WOMANISM (3D: Social theory popularized by Alice Walker), on the other hand, I had no hope of getting without crosses. I should have, sure, and Frannie, maybe, dropped it in, but not me. And one last thing - my ego swelled a bit after entering adenOID at "25D: Neck gland," only to have to slowly extract it as letter after letter turned out to be wrong. And ok, sure, maybe the adenoids are slightly higher than the neck... but jeez!

Other things I enjoyed: SUNGOD, DUKEITOUT, NONAMES, RETINUES, and HOTHOTHOT. And how 'bout how they just dropped "soca" in the clue like we all know everything there is to know about Lord Shorty and his "soul of calypso" genre? SLY.

Overall, I thought this puzzle was LIT.

Posted by Horace Fawley at 9:22 AM