I was worried when I knew I would need a lot of crosses for 1A, and even then, I would be guessing at what might possibly be a song title, but slowly it did come, thanks to a gimme at 1D (SPOT (Help out, in a gym) and crosswordsy standards AKIN (Related) and TARED (Like goods weighed on scales). For the record, I think of the scale as being TARED before the goods are put on it, but perhaps there are variant meanings.

FLASHCARD (Classic bit of study material) brought back good memories, and ITBURNS (Shout of pain) brought a laugh as I remembered a Simpsons episode where Moe Szyslak yells that as he splashes some holy water up onto his face. Heh. 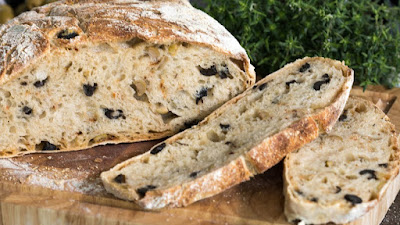 The inclusion of an answers like HARDASS (Tough, demanding type), HANGRY (Cranky due to lack of food), and SODOM (Scene of biblical destruction) let you know we've reached the weekend. As do clever clues like "Where you might be given the third degree" (GRADSCHOOL) (see also: "Rap mogul of the highest degree?" (DRE) (That's "Dr. DRE" to you)), "Place for an anchor" (DESK) (a news anchor), and "Peak service?" (ACE). And I only just now realized that "It may precede 'copy'" (OVER) must be referring to walkie-talkie talk.

I lost my way today in the NE, where, when faced with _AIA I guessed gAIA as the "Mother of Hermes" (MAIA). At the time, I didn't have the cross (EMBED (One reporting a fight)), and it was only after the bell rang that I went back and noticed the error. Every once in a while, I try to memorize those Greek and Roman genealogies, but there are just so many characters, and it's quite convoluted!

Anyway... I liked much of this one. JOHNDONNE is a favorite, and I wish I knew more about the PEACETOWER in Ottawa. It was interesting to learn a bit of trivia about ICEICEBABY, and words like SIPHON, GAWK, and PYRE are all good. I didn't love the long Downs in the NE (SAUSAGEDOG and PICKSADOOR), and it seems OCEANSPRAY could have been clued a bit more poetically somehow... but overall I enjoyed the challenge.

And finally, just for the record, MAIA is the oldest of the Pleiades, so named because they are the daughters of Atlas and Pleione. According to Homer (according to Wikipedia) "Zeus in the dead of night secretly begot Hermes upon Maia. ... After giving birth to the baby, Maia wrapped him in blankets and went to sleep. The rapidly maturing infant Hermes crawled away to Thessaly, where by nightfall of his first day he stole some of his half-brother Apollo's cattle and invented the lyre from a tortoise shell."

Hmm.. kind of makes me think I should get up off this couch and get my own day started!