Not so cool-looking a time today as yesterday, but not bad time-wise for this solver on a tricky Thursday.

A co-worker who is new to solving the NYTX told me he was completely stumped by today's theme and gave up. I tried to explain the theme to him, as I will now try to explain it here, but I feel there has to be a better, more succinct explanation than this. The theme answers are three common phrases and one name of a famous personage with an extra syllable at the beginning, all entertainingly clued for the bonus version. So we have "Ornately decorated money?" BAROQUEBREAD (broke bread), "March meant to end a drought?" PARADEFORRAIN (prayed for rain (I think)), "Bumper version of a cart?" COLLIDEBARROW (Clyde Barrow), and my favorite, "What the trees by Walden Pond provided?" THOREAUSHADE (throw shade) - ha! I think Henry David would have enjoyed that.

And, while we're all going all literary 'n' sh*t, I'll add that I learned two new words from the puzzle today. One was in the clues: "Perfervid" apparently means ARDENT, although I see Blogger's spell checker isn't familiar with it either. :) I also didn't know DIDO (Mischievous trick). I looked it up in a couple of online dictionaries. According to the Oxford Living Dictionary, it is of unknown origin. Maybe I'll look it up in a paper dictionary later. It has to come from somewhere!

Clues that pleased or entertained:
Guy in a restaurant (FIERI) - amusing hidden capital.
What might have a crush on you? (BOA) - let's hope not!
Tucson school, informally (UOFA) -  I really wanted it to be sOFA.
Commotion (HOOHA) - quite the word-about-town this week!

I also liked both SHH ("I'm trying to work here") and YAWN ([Been there, done that]. 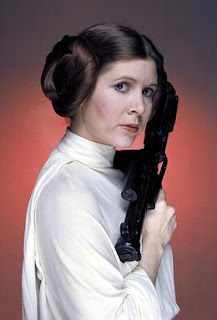 While I found "Dissolve" / MELTAWAY, "Bend over backward" / ARCH, and "Let go" / FREED to be lovely clue-answer pairs, I thought BOSSY for "Demanding" was much less pleasingly matchy matchy, but that may be a difference between MeENUS.