Whew! Quite a different solving experience compared to yesterday. After I had gone once through all the acrosses and downs, I had the sum total of twelve letters in the grid: ROO (Hundred Acre Wood youngster), REEDY (High and thin, as a voice), and ERIC (George Orwell's real first name). However, even though faced with almost a totally blank grid, I HADFAITH that I would be able to FILET few more squares if I kept at it.

I had to rely on the old trick of entering probable partials to make anything like a real start. I had no idea what "Manner of speaking in eastern Virginia" might be, but I had tried ASEC next to ERIC, which lead to 'CC' toward the end of the 17A slot, which lead me to hazard ACCENT. The same thing happened in the south with "Linguistic borrowing, as 'earworm' from 'Ohrwurm.'" Once I got a few letters in the south east, the partial TRANSLATION started to seem likely, so I put that in. I have the word "Rideau" in the clue "World capital on the Rideau canal" to thank for my ability to guess OTTAWA because, as you all know, I ken not geography. And so it went. Thanks to the partials, the right half of the grid fell, then I chipped away at the left. Color me surprised when I eventually finished in under an hour and without a FWOE! Although, as I thought more about it, maybe this is the kind of puzzle that makes FWOEs unlikely - besides typeFWOEs, which no one can control. When one is SLOWED by the level of difficulty and faced with so many long answers, maybe FWOEs become less likely.

Anyhoo, LETTUCE begin by pointing out some of the great clues that exploit the multiple meanings of English vocabulary. The abundance of same is what helped make this a tough, but satisfying Saturday solve:
Don (CRIMEBOSS)
Performance bonus (ENCORE) - excellent! This one took me forever!
Print alternative (CURSIVE)
Place for driving lessons (TEEBOX) - who knew such a thing existed?!?
Salves (RELIEVES)
Charged (RANAT)
Leveled (RAZED)
Checked out (EXAMINED)
Strips (REMOVES)
And how about BOING for "Spring report"? I didn't see that coming! Also, I love the word TRICE. You don't see that every day. 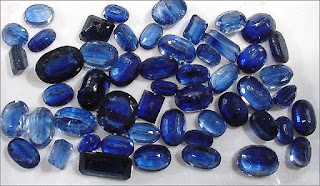 Probably the weakest clue is "Inits. in a bowling alley" (AMF), one of only two three-letter entries in the grid - who's going to argue with ROO? :) The pair Surmount/RESTON at 11D left me wondering if I was mis-parsing clue or answer. Those two don't seem like a match to me. And, although I appreciate the effort in "One who gets lots of tweets?", the answer, AVIARIST, seemed a bit of a lame duck. As I struggled to come up with that one, I thought to myself that a funny alternative might be "One who doesn't get a lot of tweets?" and the answer could be SYLVESTER. Don't laugh, I'm CERES.