For today's theme, three common phrases are re-cast as tasks for particular personages. I AGED a bit before I finally caught on. In the south, I started with TOpAYTHELEAST, thinking that the Benedictines might be frugal souls, but apparently, they are better known for their vows of silence, so their task is TOSAYTHELEAST. That became clear when I finally got SASS at 56D for "Some wisecracks." I thought the northernmost theme task, TONAMEACOUPLE, was the weakest. The more familiar phrase, to me, is "to name a few," but that answer is not only short, but if clued in a similar manner, would probably reflect an un-PC level of parenting.

I had ABITOF trouble in the northwest. ADO at 1A didn't put up much of a fight, but I tossed it out it when I got to 3D "How the 2010 and 2014 FIFA World Cup finals ended." If you've read any of my previous reviews, you know I have no idea what the score of these games were, or even that they ever took place, so I had to make a guess. Unlucky for me "inatie" has the same number of letters as does the correct answer ONENIL. BEN Bradlee was no help to me, nor was "Like Stevie Wonder's 'Isn't She Lovely" (INE). The only answer I that gave me a lift in that corner was "Elevator innovator Elisha (OTIS).

I did enjoy the multiple language answers in the puzzle. It was a regular United Nations gathering starting with "Mario's world" (MONDO), then "What 'bist' means in the 1930's hit 'Bei Mir Bist Du Shoen" (ARE), followed immediately by "The 'e' of i.e." (EST), and then by "High, in Versailles" (HAUT), and finally "Latin 'I'" (EGO). German OPELS also make an appearance today, which may have given Huygens a boost. :) 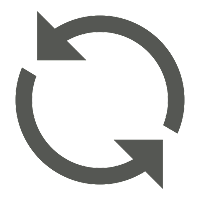 ASLOPE (Slanted) and UPRAISE (Heighten) don't quite reach LEVELA, IMO, but, OTOH, ALARMS for "Protection rackets," ENS for "Non-majority?" and EMMY for "Award for a soap, maybe" are all really top drawer, TOPUTITMILDLY.