I was happy to finish in under an hour because this puzzle was quite a challenge for me. The first run through the puzzle didn't result in many filled squares, and some of my first sorties turned out to be completely wrong (like loge instead of IMAX (Theater option) and wad instead of IDS (Walletful), for example) so when I got to the south east and there were a few I knew, I was psyched. But, my euphoria was short lived. The way this grid is shaped only one answer, FIREAXE, ties that corner to the rest of the puzzle, so it was back to work. The next corner to fall was the south west. Then the north east, then the north west and only then, the middle. Boy that middle was tough for me.  That stack 5 elevenses were a bit of a quagMIRE for this solver. I eventually found PABLOCASALS and DARLENELOVE at the very limit of my knowledge base, while INACLAIRE was nowhere to be found. For "One who might be diagnosed with a polysomnogram," I first tried insomniac but it was, in fact, the opposite NARCOLEPTIC, which, besides being the correct number of letters and accurate, has the advantage of not containing the letters "somn" from the clue. And the notion that "Footwear with a tree logo" called for a plural did not OCCUR to me for a very long time.

Grid-wise, it's interesting that IMDOWN is at 1 Down ("Count me in"), and that CORED (Unseeded?) is at the center of the puzzle.

I liked DONEANDDONE, and PARE and PERE make a nice pair.

PRIESTLY clues from today's puzzle include:
Construction piece that describes what happens when you compliment me? (IBEAM) - cute!
With 4-Down, someone who might repossess your car when you go bankrupt? PAT SAJAK - ha.
Close ... but not THAT close (PLATONIC) - apt!
Companies known for their net profit (DOTCOMS) - nice twist.
And, my #1 answer on the day is "#2 image among smartphone users?" POOPEMOJI. LOLOL. 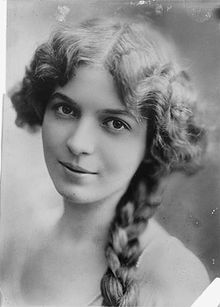 And, while there may have been a few ANEMIC clues (Conquers (RISESOVER), Olympic runner? (SKI), and the confusing "___ South, div. of of the 55-Acrosses" AFC / TEXAN), I DECLARATORY this a fun Saturday puzzle!