Debut alert! Welcome, Ms. Iverson, to the elite crew of NYT crossword constructors. We here at HAFDTNYTCPFCA (boy, that's a lot of capital letters to type in a row - thank goodness we have some practice doing exactly that in these reviews) always like to see a new face, metaphorically speaking. Really what we see is the evidence of your clever brain at work, and that's worth a heck of a lot more to my thinking.

In any case, today's theme is STARTUP / CAPITAL, represented literally by four phrases where the first one to two syllables are an actual world capital. I had no idea where this was going (or perhaps I was solving too fast), and didn't get the trick until the puzzle was completed, even with the revealer in the middle of the puzzle.

Topically speaking, as he will be debating this very evening, is 47A: Longest-serving Independent member of Congress in U.S. history (BERNIESANDERS). It's amusing that the capital his name is hiding, Bern, belongs to the notoriously independent country of Switzerland. They don't even belong to the European Union. I had always assumed it was to make sure their banking wasn't controlled federal policies, but I see Wikipedia states that it was the Swiss citizens' opposition to the EU that prevented their application from going through.

I have been to Paris (sadly hidden in PARISHPRIESTS, a group that has lost a fair amount of respect over the last twenty to thirty years) and Rome (much better represented by ROMEOROMEO), but never to Latvia and Riga. I have been to Tallinn in Estonia, but good luck hiding that name in a theme answer. 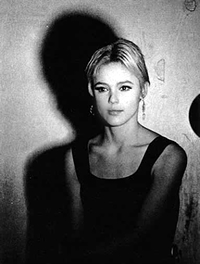 Other than the theme, I note a higher than typical percentage of female names, such as LAURA Linney, IRENE, DINAH, and RHODA. LOME is another world capital, so perhaps it would have better to avoid it in the fill. My favorite clue comes at 9D: They're almost always shared by twins, informally (BDAYS). Can you imagine being twins and having your births separated by the arbitrary turning of the clock over at midnight, so your birthdays are on consecutive days?

Actually, I can't even imagine being a twin, so there goes that thought experiment.