I cannot remember ever seeing a NYT puzzle like this before. Six "cheater squares" (as I think the pros are wont to call them) at the top of the grid have been made white*, instead of black, to emphasize the diagonal lines. And at the apex of each diagonal we have two unchecked squares. Strange. And why? Because the theme is AFRAMEBUILDINGS. 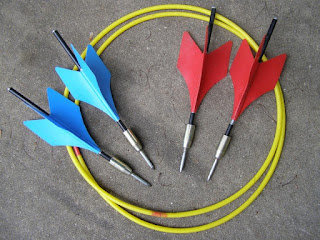 And it's not just those black-square diagonals - running underneath them we have diagonal rows of As. The top left run of As extends all the way to the puzzle's edge, but none of the other three do. To me, it kind of seems like the beginning of an idea that still has some rough edges. If there had been no other As in the grid save those diagonals, or if the revealer had been the more common A-frame houses... I don't know.

So not all bad, and I understand the desire to keep the themes fresh and to try new things, but this one just didn't work for me.

* The black squares were made white when solving the puzzle online through the NYT crossword site. It may not have been like that in other platforms.
Posted by Horace Fawley at 7:19 AM