It will come as a surprise to no one that we now have a puzzle commemorating the 50th anniversary of the moon landing. I haven't watched any of the TV shows that I've seen advertised, but I did recently visit an exhibit on same at the Houghton Library at Harvard. It's a nice show, and free and open to the public, so if you're in the area, you might want to pop in. One thing that I learned from it is that Buzz Aldrin would probably be pretty annoyed to see Neil ARMSTRONG in the center of the grid, as it has been said that Aldrin "resents not being first on the Moon more than he appreciates being second." It's good, though, that EGOS did not provide an obstacle to teamwork on that mission! 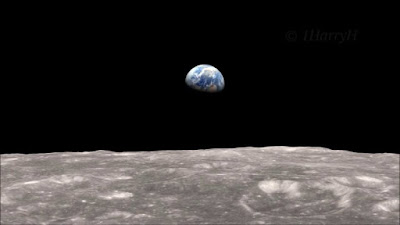 This puzzle is really quite impressive. First, there's the face in the middle, complete with Apollo-style helmet surround. That's already a good start. And then we've got the theme answers pretty much all over the place! APOLLOELEVEN, MANONTHEMOON, ONESMALLSTEP, ONEGIANTLEAP, TRANQUILITY, THEEAGLEHASLANDED, ARMSTRONG, and the bonus ITSAGO, SEP (Mo. in 1962 in which J.F.K. gave his "We choose to go to the moon" speech), and maybe even "What goes up must come down" and others (ADAGES). And then there's the rebus (small) [STEP] and the appropriately larger, four-square "leap" in the bottom two corners. Really, it's just so well done! And what do we have to suffer for it? Just tiny things that I'm not even going to bother mentioning.

Outside of the theme, we find even more to like - GIL (Good name for a fishmonger?), TELEPATHS (They don't keep their thoughts to themselves), HAM (Someone who might engage in a hobby with some frequency?) (Hah!), FOODCHAIN (Hawk -> snake -> frog -> insect, e.g.), NOTION (What's gotten into your head), and more that I'll leave to you to discover.

Well done, sirs! I hope both Mr. Chen and Mr. Mueller are sitting back in IDLESSE and saying BEERME to a receptive and willing ear.