Can we get a hand for today's theme? Well, almost. Each theme answer contains the name of a finger, so we have MIDDLEMAN, ALITTLEBIT, and my favorite PRICEINDEX, for example. And each theme answer runs through at least one other theme answer at the finger part, making the revealer (FINGERSCROSSED) especially apt. Apt! The fourth, LETFREEDOMRING does double duty as a nice nod to tomorrow's holiday. I said double. Heh. On the opposing side, it looks like there was a NOVOTE on the thumb.

I liked some of the longer answers like UVEXPOSURE - heading for some of that myself this weekend! - INACORNER, and most of all, LIQUIDATED. I like the word LID, although less so when associated with fish eye. DUD is a good word, as is RUDE and TOILE. And if you told me you enjoyed a MOE reference, I would reply ASDOI. 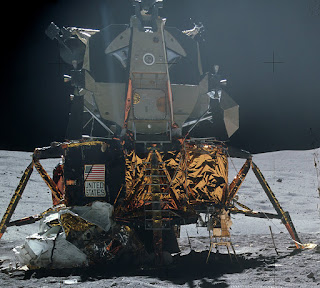 I hit a Natick at 47A/D. I'm WEI rusty on my early Chinese dynasties, believe it or not, and I had no idea what Certiorari were - which, as an aside, is a tough word to WRIT. Anyhoo, maybe this is TMI and not quite cricket, puzzle-solve-time-wise, but I ran the alphabet in my head while in the shower and realized that only a W would work for both answers. So, my time isn't entirely accurate because I figured it out while off the clock. But, on the upside, I learned a new word and a wei bit of Chinese history. Oh, yeah, and AROD and J. Lo are dating?!? Who knew? But, if it's in the NYTX, I guess ITSSO.