Fun Friday! One-Across isn't much (MCS) (Presenters' presenters, informally), but I used to love seeing (and drinking) MRPIBB (Coca-Cola offering from 1974 to 2001) when I found it available at rest areas during my family's long car-trips to the midwest. It tasted exactly like Dr. Pepper, but was so much more exotic. Nowadays, I don't drink sodas much, and I didn't even realize that it was no longer made. The things we learn from crosswords. 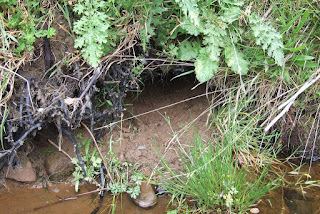 I had never heard of the WHISKEYRING (1870s tax evasion scandal). The Whiskey Rebellion, sure, but that was much earlier, apparently. TAINTEDLOVE (1982 Soft Cell hit that spent 43 weeks on the Billboard charts), however, went right in. That was definitely part of the soundtrack of my high school and college years.

But that's not even the best stuff. I liked the QMCs "Movable type?" (NOMAD), "Persian defense org.?" (SPCA), and "Not be oneself, but rather one's elf?" (ROLEPLAY). That last one made me laugh out loud. 51D: "Queen of she-baa?" also got a chuckle.

In non-QMCs, my favorite was "Sugar substitute" (HON), but "Give someone a hand" (CLAP) was also good.

I tried "PRicey" at 54A: "Like apartment buildings with fireplaces and hardwood floors, typically) (PREWAR), and when I had "E_OTI___" at 32D: "Works during a painter's blue period?" I partially filled it in with "EmOTIon___" which slowed me down. EROTICART is much better.

I thought this showed a good spirit overall, and as I said at the top, I had a fun solve. Plus - I learned about otter HOLTs. What more can one ask of a crossword?