This seemed like a fast solve to me today, but I consulted the stats page of my puzzle app and found that today's time came in just below my average. Reviewing the grid, I was reminded that it was really only the southerly portion of the puzzle that went smoothly. Down answers in MYNA wheel house like PLUTO, STENT, RICO, ALAN, and UPDO gave me CANADADAY, ONTHEDOLE, and TURNSTILEJUMPER  - that's got to be a first (I just checked XWord Info and it is, along with 7 others unique to this puzzle!) - plus, it had a clever clue.

I noticed two clues in that area of the grid had the word maven in them (58A and 30D). How often does that happen?

Anyhoo, it was first the northeast and then the mid-west that went SLOE. I started with 'satin' for "Fabric for a wedding dress." But that didn't fit the pattern once I got the excellent 13D. "Hitching post?" (ALTAR) - ha! So, then I tried tulLE, which led me to enter oIlED for "Plied with alcohol, in a way," all of which netted me some difficulties because while my guesses seemed to fit, they were wrong. Finally, things became clear to me and I changed tulLE to VOILE. Who knew there were so many five-letter wedding dress fabrics in the world? Interesting to learn that a hired MOURNER is called a moirologist. I don't know that word, and, apparently, Google spell check doesn't either.

In the northwest, I was duped for a time by 3D: "Main lower artery, informally" (ITEN). Danged if I didn't waste three minutes trying to think of an everyday word for Left Anterior Descending. 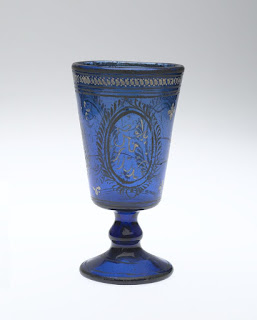 I ended in the mid-west. Those of you following along at home won't be surprised to learn that I didn't know Elaine CHAO or John MUIR. I should have known OUROBOROS because it was in a previous puzzle not that long ago (June 29, 2019, to be exact - thanks again, XWord Info!), and I thought I would remember it. Alas, I WAD wrong. It didn't help that I am more familiar with the Petit rather than the HAUTE Bourgeoisie (gentry). I really thought I was doomed to a Natick at the 24D/37A cross, but I ran the alphabet to SEES any possible last names that would also work as a "Symbol depicting a snake swallowing its tail." Believe it or not, a little over halfway through the alphabet, I finally had an AHI moment. And that's all sh'ERODE.