Today's theme is an interesting, non-OVERT take on a vowel progression, going through the five ONEBYONE at the BITTERENDs of:

BIRDSOFPREY
GRANDPRIX
IDIDN'TMEANTOPRY
TENNISPRO
ANNIEPROULX
And speaking of vowels, I was thrown off for a second by the missing "E" at the beginning of the author's name. Has she dropped that entirely now? Perhaps I haven't kept up. 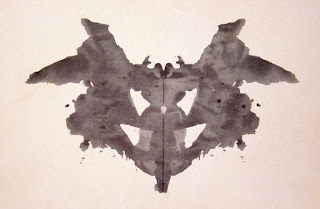 It's a little too bad that Mr. Buerke couldn't work in something like "tableaux" (is that acceptable in English?) for the fourth one, then he could have done all the vowels using high-point Scrabble letters. But then, that wouldn't have started with "PR" ... hmm... perhaps that's why they had to go with the straight O. It's a pity, because that's the only one that is what it is, but I see the dilemma. And maybe that BLAH right after it is a cry of exasperation for having been forced into that corner... Still, I liked this one quite a bit.
Is it just me, or has the word ARSE been in the grid a lot latetly? Is Will on vacation? Did Ezersky take over? ...
I liked seeing BREADBIN (Place to store a loaf). We had one when I was young, I think, and I sort of always wanted to get one, but we don't really have the counterspace for it, and we aren't buying that kind of loaf that often. Still... nostalgia. :)
The clue "Rap lead-in to Jon or Wayne" was cute for LIL. I see what they did there.
It's a rare Monday that offers an unusual new theme, and I say we're off to a good start this week. What'd you think?
- Horace
p.s. It's a debut puzzle! Congratulations, Mr. Buerke!
Posted by Horace Fawley at 7:44 AM