A nice, chunky Saturday grid. There were narrow entries into the NW and SE, but once there, the middle was wide open. 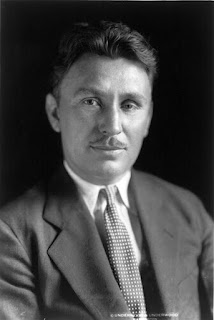 I was happy to see Mr. Lieb's name today, because he is co-founder of the Boswords tournament, which starts tomorrow. I never ended up signing up for this year's tournament, for a variety of reasons that I won't (somewhat surprisingly, perhaps) go into now. But one of them, I'll just say, is this heat wave. I just can't think.

That said, I was able to eventually finish this Saturday puzzle, after working through a few false starts. Like EATcrow for "Suffer abject humiliation" (EATDIRT), and sLalomSKIER for "Super-G competitor" (ALPINESKIER). The real answer is, of course, better, because the slalom and the Super-G are, after all, different events. [rolling eye smiley]

Another early mistake was entering "tapir" for "Animal whose name means, literally, 'nose'" (RHINO). I was thinking that RHINO couldn't be right because there was no indication of a shortening of the name, but I guess it's Saturday, and all bets are off. FWIW, tapir apparently comes from an indigenous Brazilian language, and it means "thick," referring to the animal's hide. And it's funny that RHINO crosses NARWHAL (Monodon monoceros, more familiarly), isn't it?

If an EGGTOSS were only a shell game, it would be a lot less tension-packed, wouldn't it? And are there really people who are "corrupt by nature" (BADSEED)? I like to think not.

Just a couple musings for ya. That's what happens when I end up writing an extra review. :)

Some nice C/APs: "Joint venture?" (POTFARM), "Opposite of cut" (ATTEND), and "Has a list" (LEANS), and a few ten-cent entries: RETINUE (Entourage), SOLFEGE (Method of music education) (I had to do this in Music Theory class - good times), and GNASHED (Ground), made this an enjoyable solve.

Posted by Horace Fawley at 6:56 AM