An unusual theme today, in which five Down answers are the names of roads:

MASSPIKE (Easternmost leg of I-90, familiarly) (Love it.)
EVERGREENTERRACE (Home of the Simpson and Flanders households) (Gotta love a 16-letter gimme!)
PENNYLANE (Where all the people that come and go stop and say "hello," in a 1967 hit)
RODEODRIVE (Noted shopping mecca)
PENNSYLVANIAAVENUE (One side of D.C.'s Federal Triangle)
and all end on an E that completes the word "Rome" in an Across entry.
And in the Across entries:
BICHROME (Two-colored) (More commonly "duochrome" when I've heard it)
IMPOSTERSYNDROME (Habitual fear of being exposed as a fraud) (Which is how I felt when I was forced to change "impostor" to "imposter" - yecch!)
AERODROME (English landing spot) (ok...)
ETHANFROME (Edith Wharton's "ruin of a man") (I've heard the story and I don't want to read it!)
ALLROADSLEADTOROME (Aphorism that's visually depicted five times in this puzzle's grid)

Everyone (except the Romans, obviously) loves novelty, and this was novel to me. 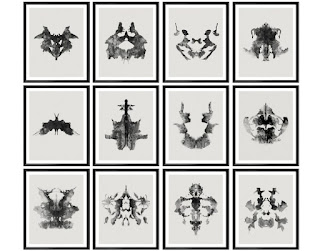 "Hits high notes in high places" was a cute clue for YODELS, it took me forever to get BEAU for "Bearer of roses, maybe," and "Split, then come together?" was a tricky way of getting at ELOPE.
And finally, I dropped in DISCS for "Ultimate needs" like I was lobbing one right over the head of a defender to a teammate in the end zone. Sigh. Would that I were thirty again, with young knees, young lungs, and a field full of friends...
And on that wistful note, I leave you, but only until tomorrow. Or possibly even tonight. The Monday comes out at 6pm on Sunday where I live, and who knows, I might just pen my third review in a single day. I think that would be a record for me. :)
- Horace
Posted by Horace Fawley at 7:21 AM